Down the Danakil Depression 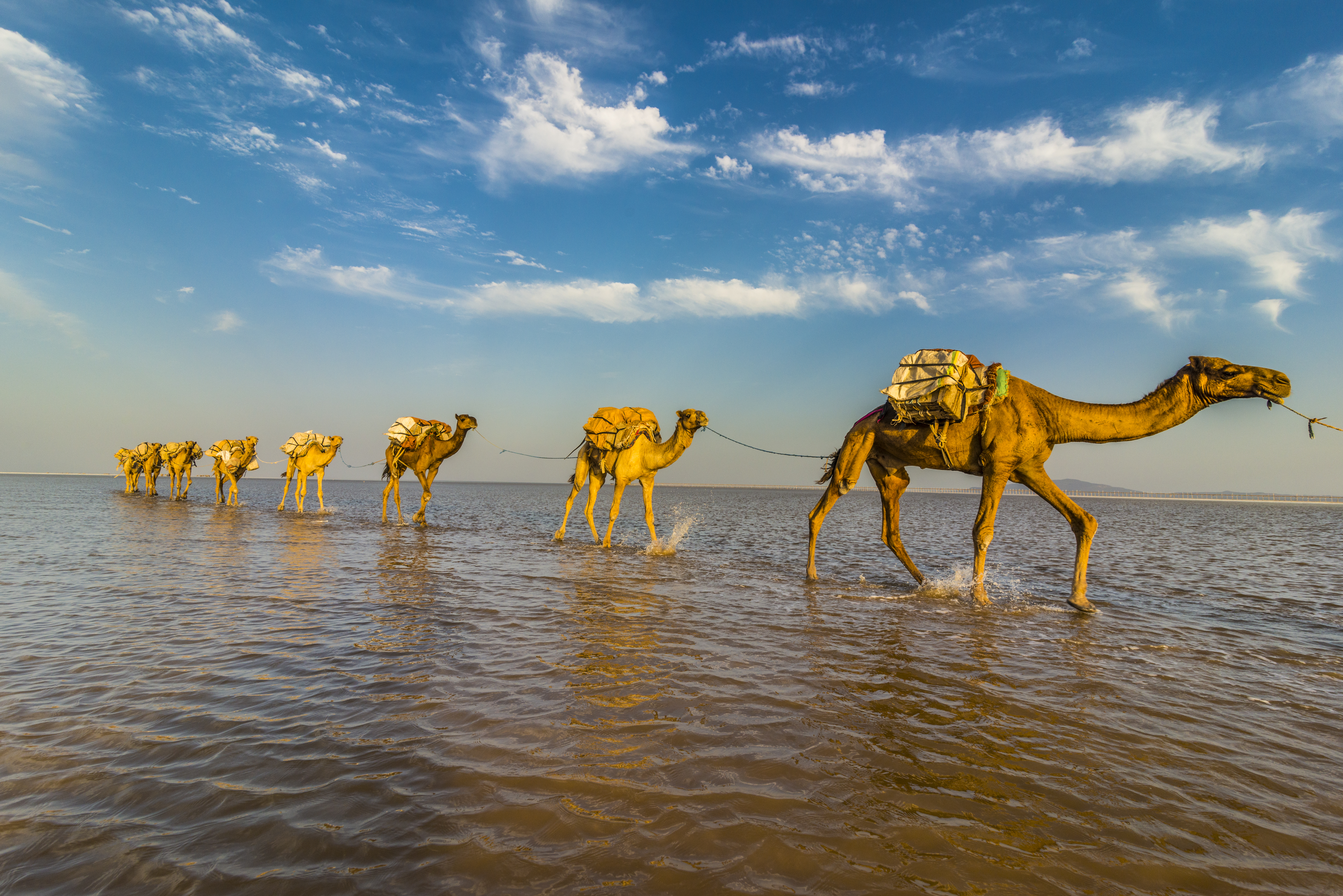 Ethiopia’s Danakil Depression. The hottest place on the earth with temperatures of 50°C and  more than 100 meters below sea level, it is an otherworldly and inhospitable venture.

I was here in Spring of 2017, starting in South Sudan and flying down to Mekele. We drove over to this region of Northern Ethiopian and finished with the Simien Mountains. Because of the threat of attack I was with security escort the entire two weeks. As of now all travel here is not advised as a German tourist was just shot and killed by Eritrean rebels while visiting Erta Ale in December 2017. 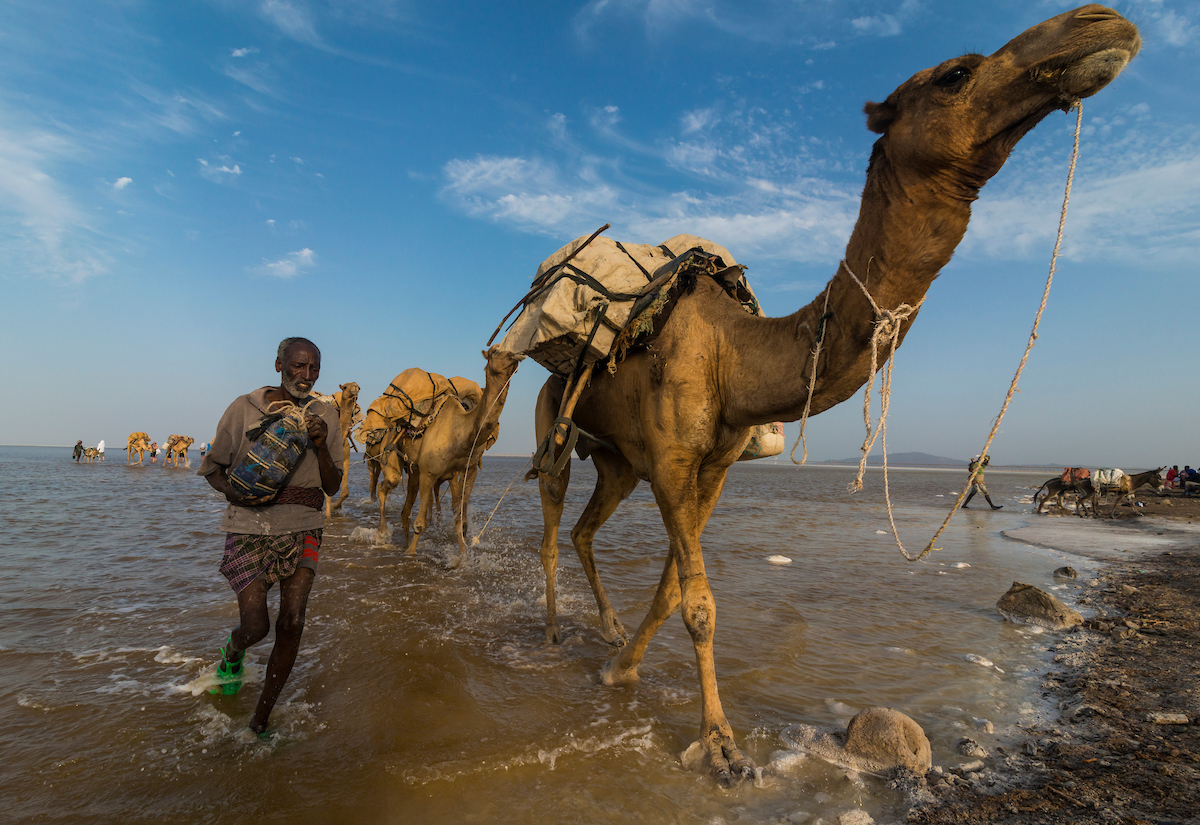 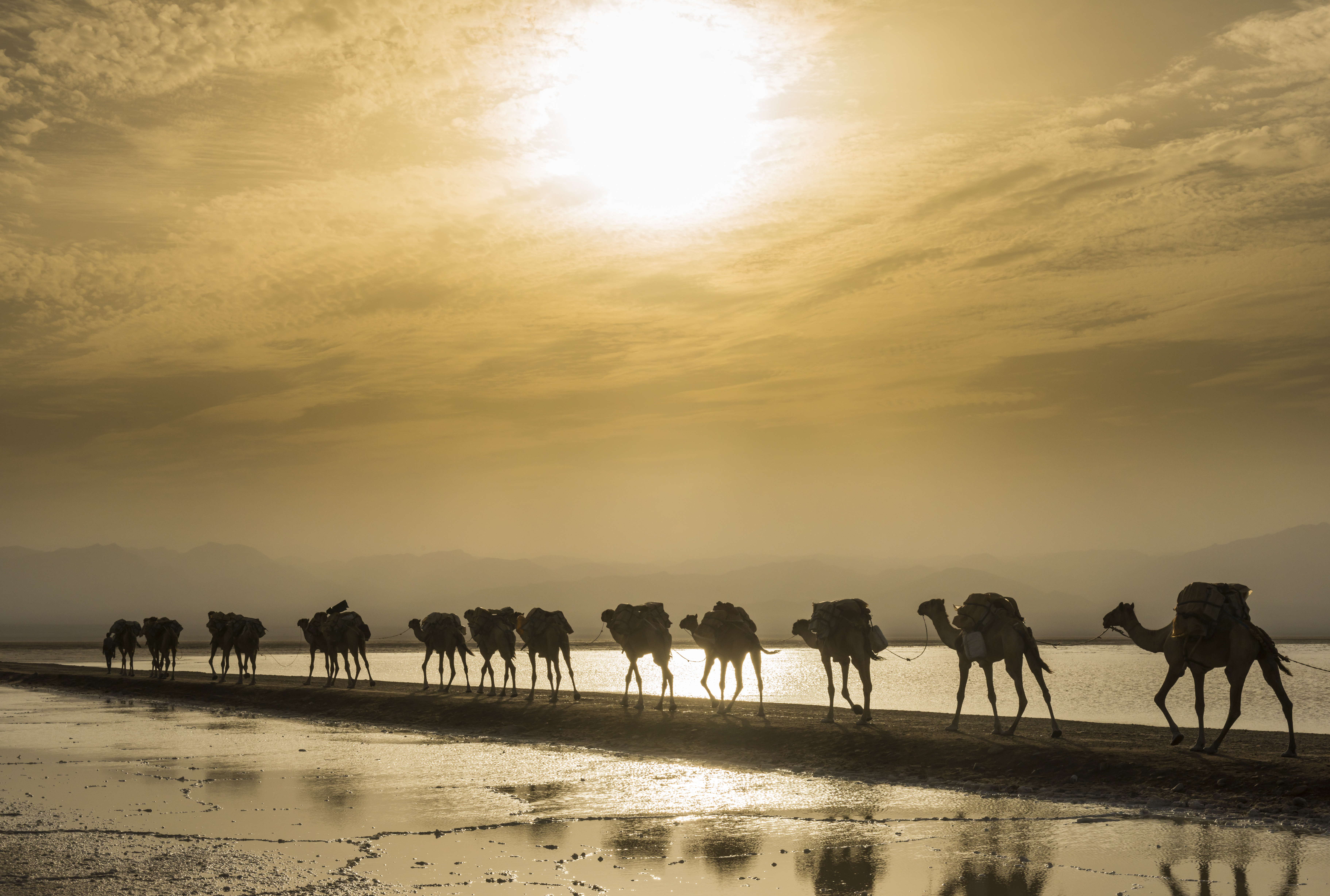 This area of Northern Ethiopia is home to the Afar people, a nomadic tribe shepherding camels as a means of carrying salt to the Mekele market. Salt is their bread and butter, so the Afar make the daily trek 15 km and the weeklong journey to Mekele.

For me this was the most impressive aspect of this area, that humans can actually exist in such a brutal place. They are some of the toughest people I have met.

Because of a recent explosion of Erta Ale, the volcano had been closed since January so we were the first ones since it opened. It took a couple of hours up the sun side to get to the top and again, military escort were stationed at the top in case of an attack. The volcano is one of the most accessible on the planet. Brutal to be sure, but in all my travels, it’s one of the most unique places I have seen. 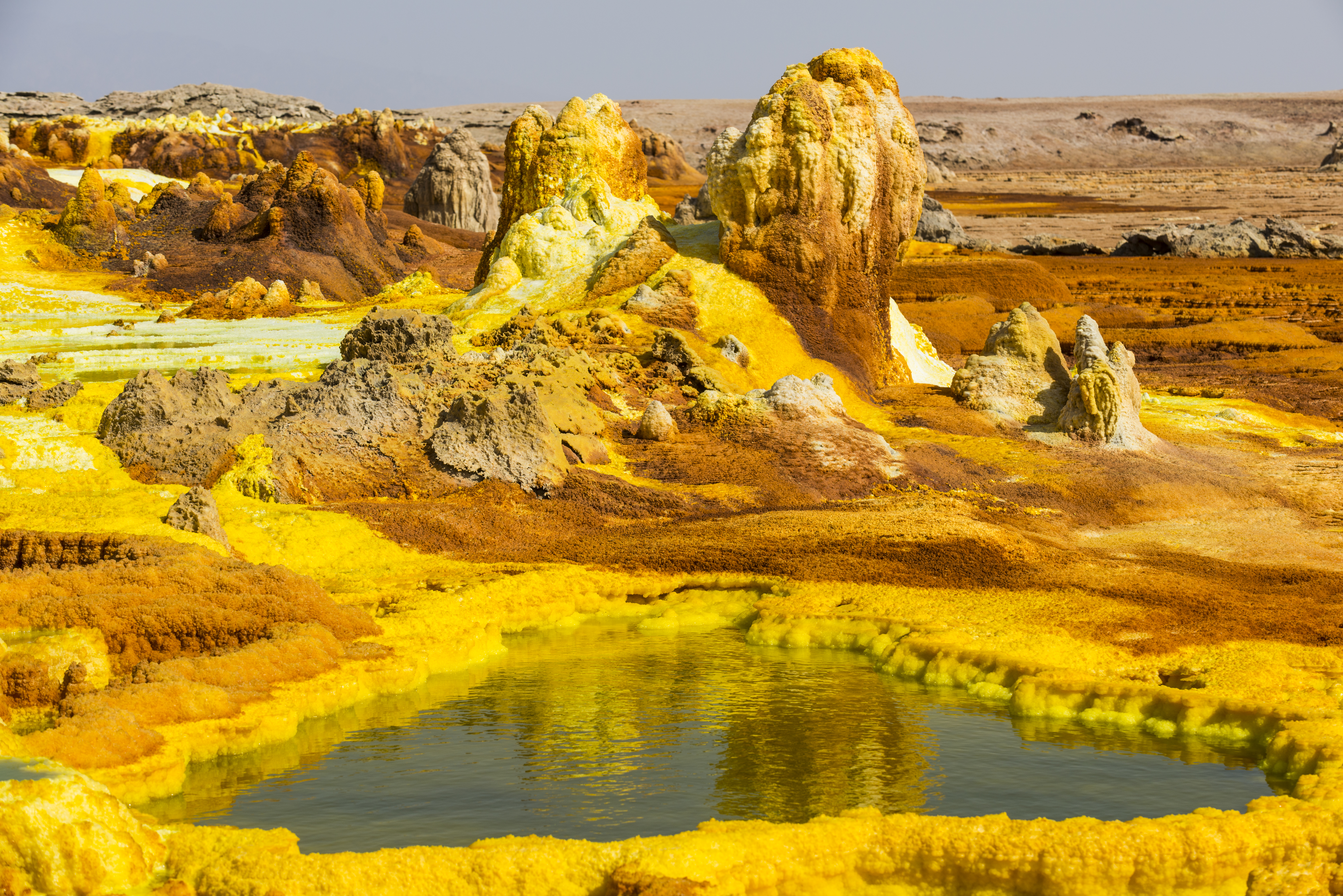 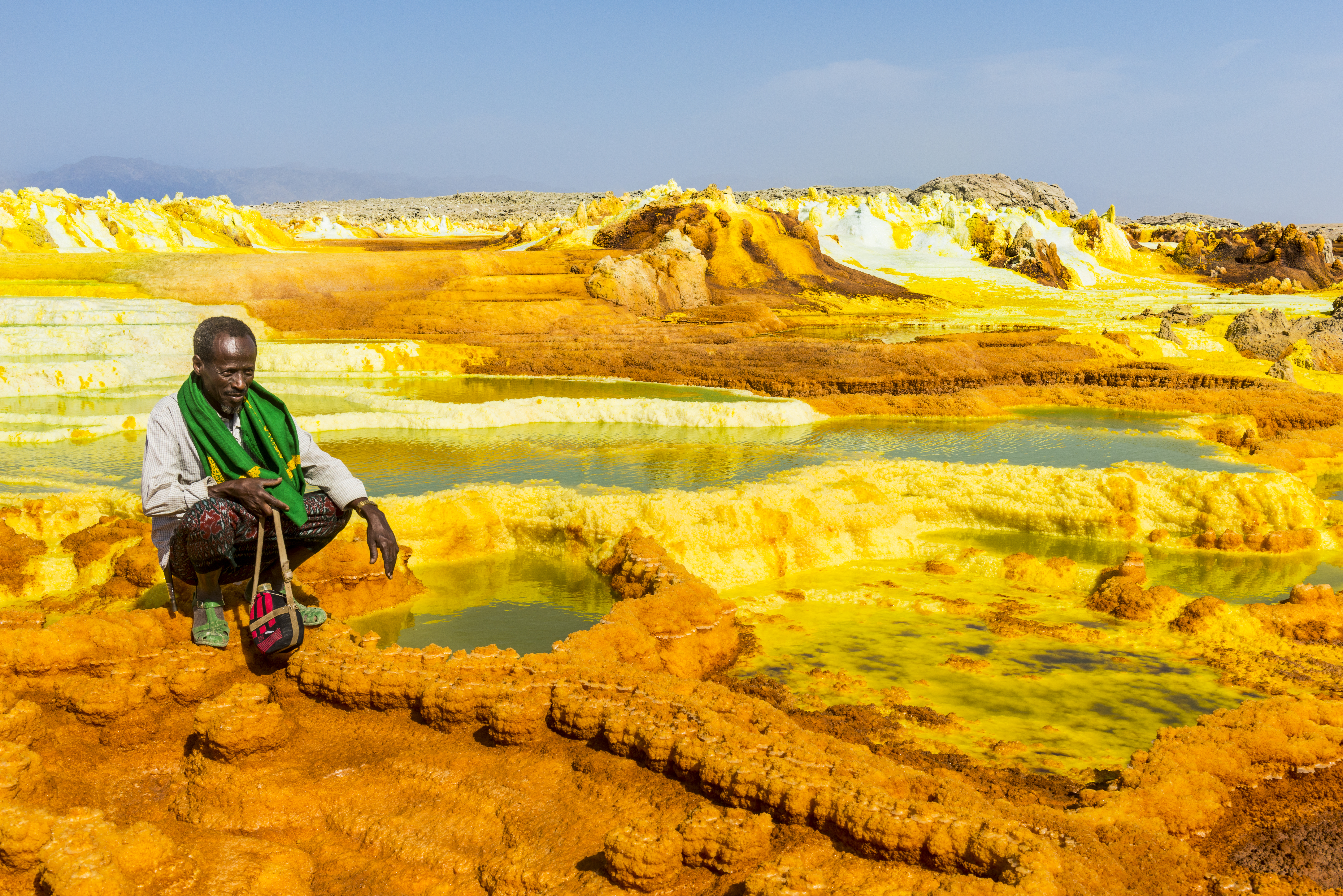 Check out the slideshow below for images of my trek through this region of the world!