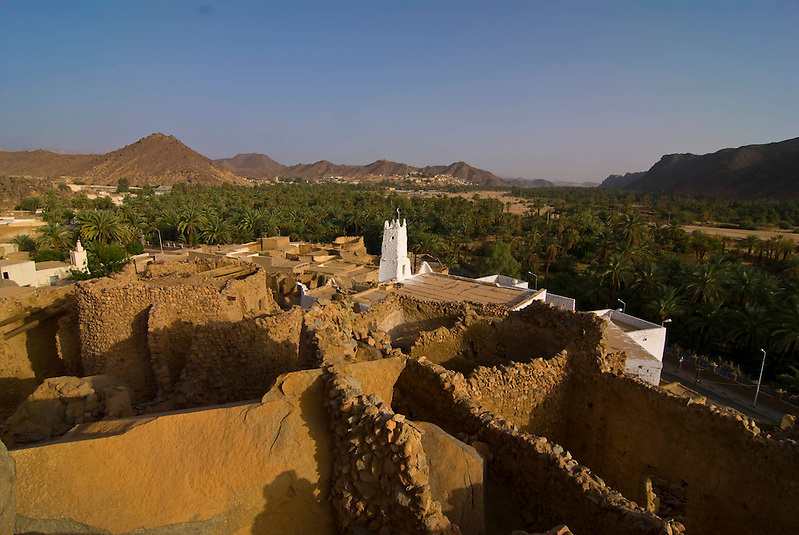 It takes 2.30 hours to fly from Frankfurt to Algiers, but it takes 3.30 to fly from Algiers in the south to Djanet near the Liyban border. Algeria is big, and due to two decades of civil war extremely undiscovered. There have always been desert enthusiasts in the south where the war didn’t reach, but the north has been off the grid for many years. I think any other country with so much to offer would have been overcrowded with tourists, but as of now there is nobody around. Beautiful beaches, magnificent Roman ruins, Islamic sects, lush green nature, French colonial architecture, old Kasbahs and not one tourist. Recently, there’s been improvements in security and apart of some pockets, it is fairly easy to travel around. There are tons of check points and you need to have papers but they won´t hassle you as long as your paperwork is okay. I would recommend hiring a car with a driver- driving is difficult and hard to find your way around. Furthermore, Algeria isn’t prepared for tourism in the north so there are only a handful of 70s-style hotels. 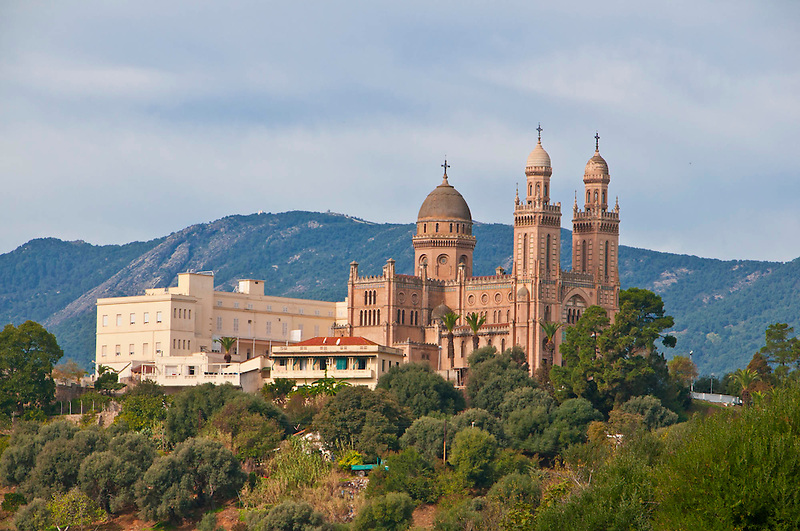 Many parts in the northern region are surprisingly green and mountainous- a stark difference from a country supposedly covered by desert. Some really lush green pockets pop up which was a surprise. Coming from Tunisia, the first town you’ll come to is Annaba with nice boulevards and a huge cathedral, leftover from from Christianity in Algeria. Tons of young men hanging around the cafes and waiting for a better life. The unemployment is very high, just like anywhere in Northern Africa, and the government is generating a huge income through the gas and oil resources but is not able to create an industry when resources are gone. It is a frightening feeling seeing all these men not doing anything than just hanging around. 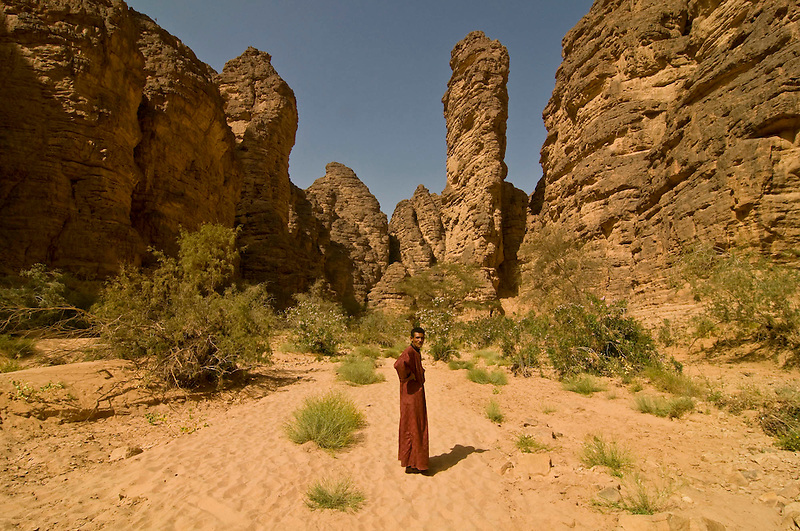 From Annaba it isn’t far to drive to Constantine, a unique city with its huge gorge dividing the town in two. First the Romans, followed by the French, built beautiful bridges across the gorge and some nice architecture dot the town. From there on to the huge Roman ruins of Timgad and Djemila. Both are stunningly beautiful and due to the lack of tourists make it an incredible feeling to walk around. Djemila lies on a mountain surrounded by green fields and is in fairly good condition. You can understand why the Romans chose this location to build a city. Timgad lies on the border of the desert and is real huge old town. It is fairly dry and was something like an outpost before people were heading into the desert. Nobody was there when I arrived since it was closed, so I had to sneak in to take photos from the inside. 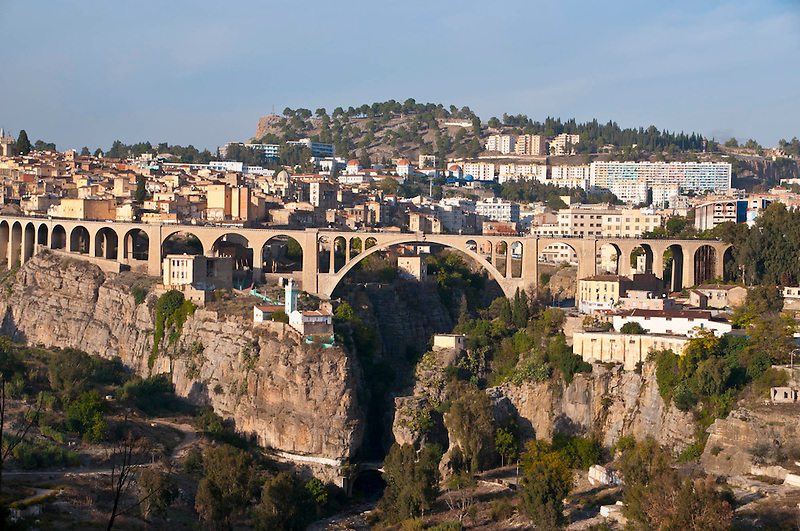 While most tourists visiting the Roman ruins, you’ll surely be alone when entering the Kabylei. This has been a hotbead for the terrorism and far away from being secure. I was told to cover myself when stopped at the numerous checkpoints and my driver suddenly got really nervous when we entered the area. It is pretty there with steep mountains and unique type of culture. But definitely off-limits for the near future. The military are showing a strong presence but can´t stop the insurgents. 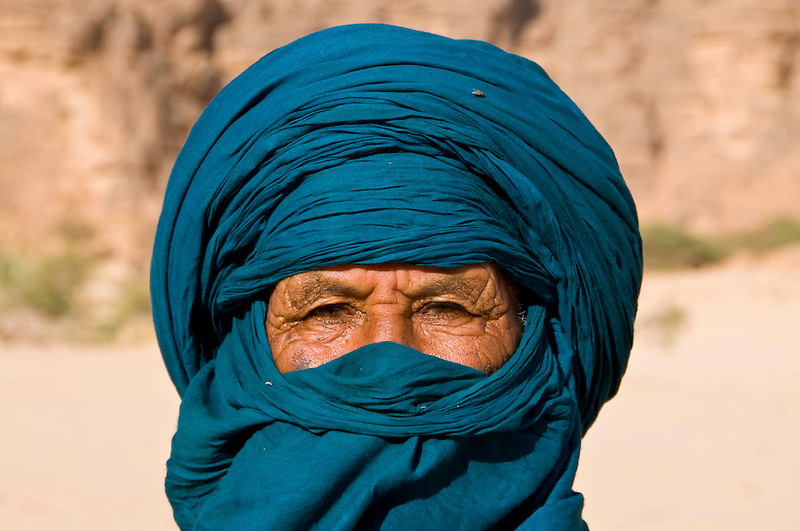 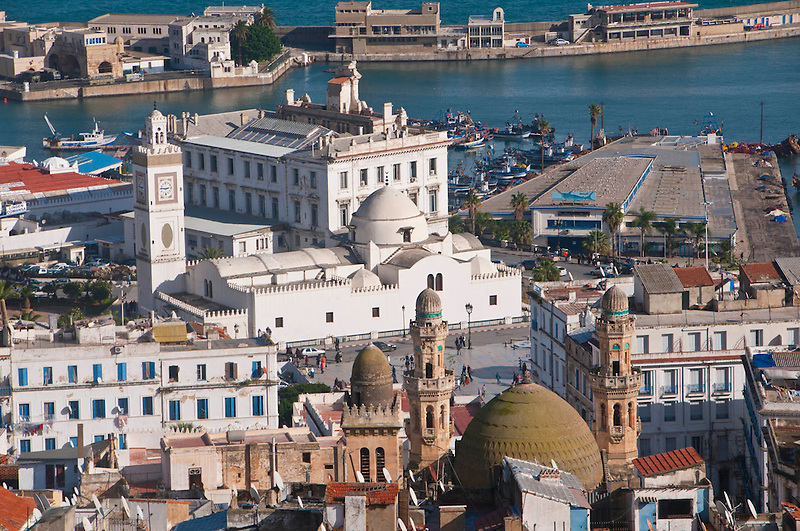 Only three hours away but very different is the capital, Algiers. The Kasbah is very unique because it is to my knowledge the only one which hasn´t been restored like all the others in Tunisia or Morocco. It is in a state of decay and really shows signs from the country’s civil war. Every journalist gets two full armored policemen to walk around the Kasbah. Thousands of people live in these old houses, sometimes sharing space with their livestock. The new town of Algiers is full of beautiful white French colonial houses. The nickname is the “White City” and it is easy to see why. They have a real grandeur and in former times I can imagine that Algiers was a great spot to live in.

My last leg on this trip brought me to the region of M´Zab. The Mozabites are a large Berber tribe, the Iznaten, which lived in large areas of middle southern Algeria. There are five “walled villages” (ksour) located on rocky outcrops along the Wəd Mzab collectively known as the Pentapolis. This is a extremely conservative society. The women are absolutely off limits to photographs. Even when there is nothing to see there but one black hole in their scarfs anybody will start beating you if you take out a camera. The towns keeping even inside the walls a no camera policy which is strongly enforced from every man walking around. All villages are encircled by mud walls and are close by so you can walk form one village to another.

Overall is Algeria a very interesting country and I am sure that once it is again on the map of huge tour operators this is going to be a major tourist destination. 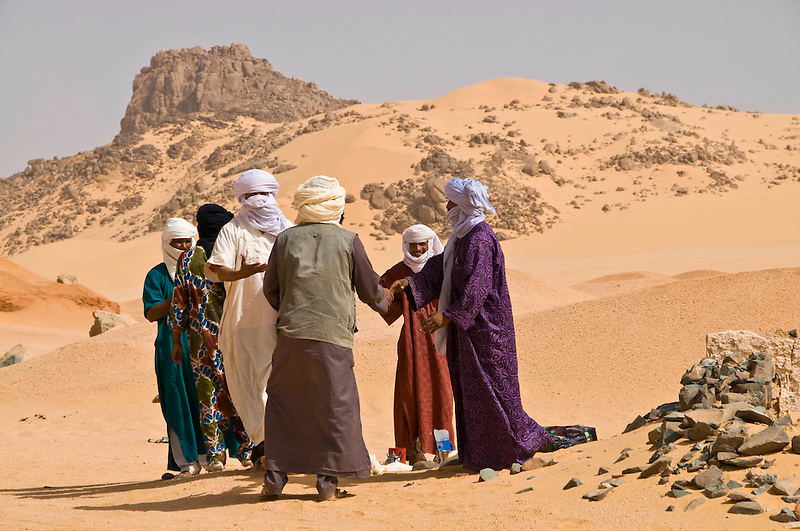