At first, travel to Bangladesh seems to be a crazy thing to do since everything you hear about it sounds unpleasant: too many people, too much pollution, natural disasters. All of it, you can find here. But realistically, Bangladesh is one of the most rewarding countries: there are so many things to see here that you can’t see anywhere else.

As we arrived at the remote border post of Dawki from Maghalaya, we had to explain to the customs officers that Germans actually could get a visa on arrival now to travel in Bangladesh (a lot has changed in the past couple of years as far as access: Bangladesh is finally making it less bureaucratic and easier to obtain e-visas).

The agents hadn’t heard of these new changes yet. After a couple of rounds of teasing, they were able to produce the appropriate papers to travel Bangladesh and we could finally enter the country of craziness. 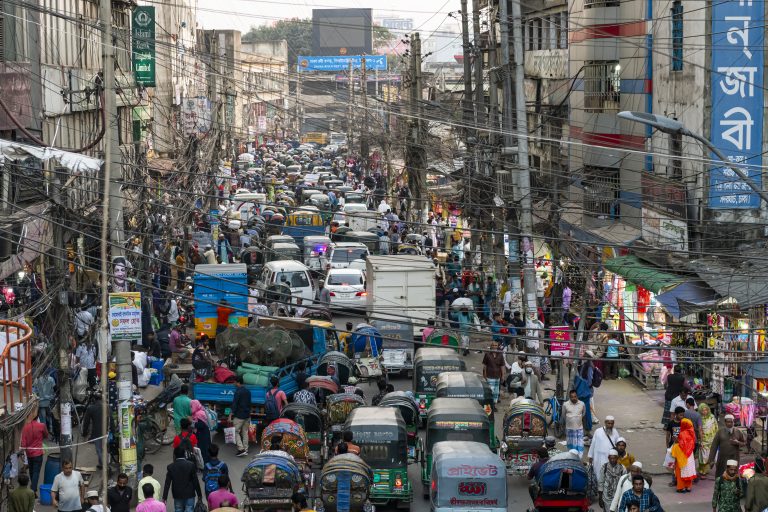 Rickshaws overcrowding the streets in the center of Dhaka, Bangladesh

Driving along the northwestern border of India, we passed through towns with millions and millions of people: you never see this in international media. This sheer amount of humans in such a small space per capital awards Bangladesh as being one of the most densely populate countries in the world.

Infrastructure is completely inadequate for the numbers of people here, forcing up to pass through gigantic traffic jams with no law, order or any semblance of structure at all. Everyone was doing what they wanted to do which added to the chaotic situation. 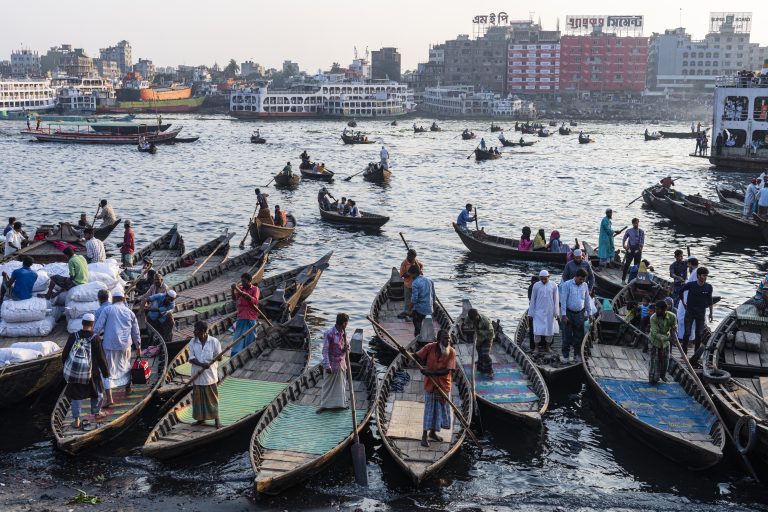 Passenger Canoes in the port of Dhaka, Bangladesh

Or goal here was first to reach the Chittagong shipyard. The world’s largest ship breaking yard, it employs over 200,000 Bangladeshis and is responsible for around one-half of all the steel in Bangladesh. This is where they disassemble the largest ships in the world into pieces and sell the scrap metal and raw materials.

You only are allowed to visit it by boat since there’s been very bad reports about the working conditions here. Even from our little dinghy we were able to bypass this gigantic former cargo ship and tanker and see the colossal proportions of the deconstructed ships laid out on the ground.

Nevertheless, people here were supremely friendly despite the obviously grim working conditions, and the sheer number of ships across the dirty sands was a sight to be seen. 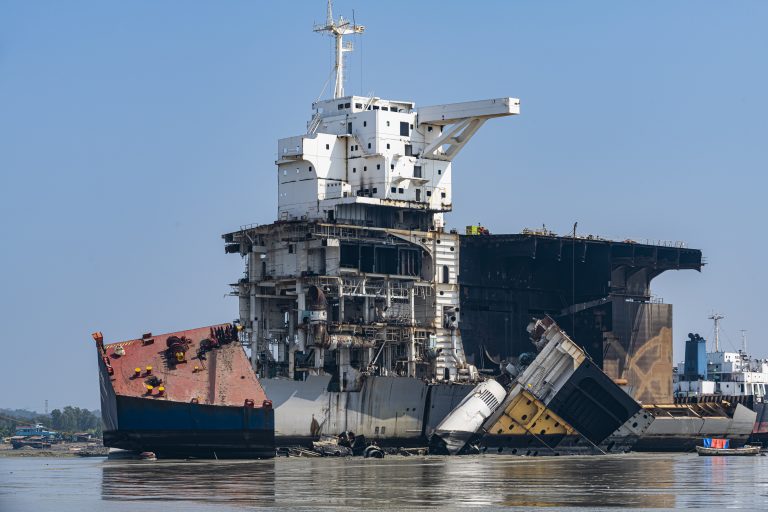 Afterwards, we drove up to Dhaka where another shipyard is in full effect in the heart of the city.  is another shipyard where you could see the dismantling of the boats as well. Here, we could see workers tearing down the massive shipping vessels with torches and welding equipment without any safety protection whatsoever.

Men would just lie underneath these behemoth metal structure, risking their lives for $5 a day. In other area, groups of workers would lift up huge plates of steel with all of their body power to transport them down the river, getting paid per each plate.

This lack of care for human life goes unchecked day after day here, but for me what the constant line that ran through (and was the most striking observation) was that workers were always happy despite it. 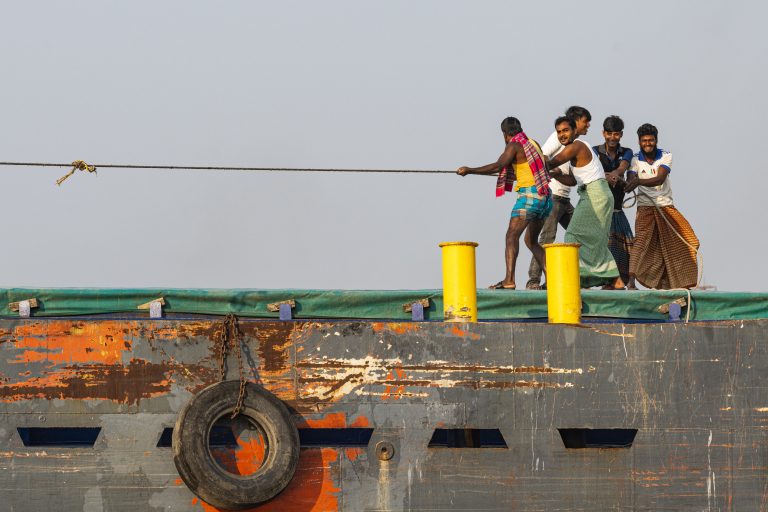 Men pulling a huge rope on a cargo boat, Port of Dhaka, Bangladesh. 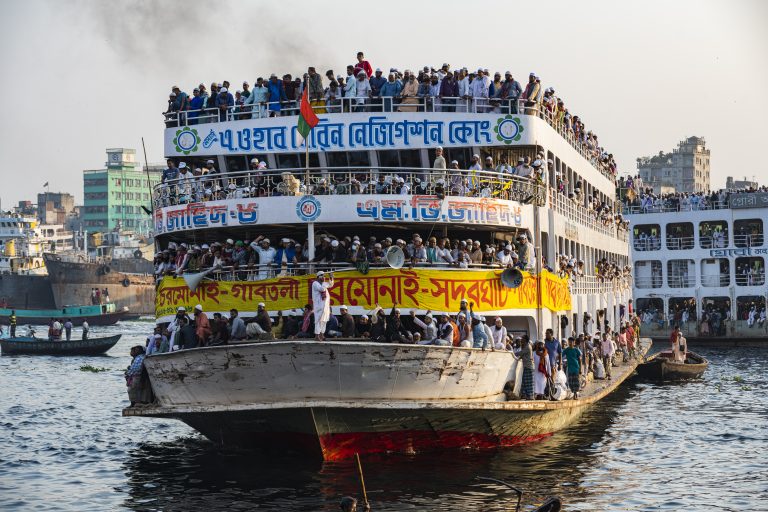 To culminate this maritime experience, we saw a huge ferry coming up behind as we made our way to the other side of the river. The boat was filled to the brim with pilgrims, even with all of the background noise and you could hear them chanting “Allahu Akbar”- looking closer, we could see that there were many more people on this ferry than we originally thought.

Looking past this boat we could see almost a dozen more, all coming from a Muslim congregation. The entire time I was anticipating that situation we see on television about overloaded boats collapsing on thousands of people, a giant human disaster. And once again I thought about our large human imprint on the planet.