Why I’m a Travel Photographer

Before I became a travel photographer, I was a traveler. There was nothing more exciting than taking off for a month to explore regions of the world that, at that point, not many foreigner feet had tread on. This was over thirty years ago. In my analog explorations, predating cell-phones-and-online-maps, As a travel photographer I visited sites like Angkor Wat (at that time, inhabited only by visiting monks and soldiers leftover from the Khmer Rouge Regime), and trekking through Afghanistan’s Whakan Corrider with nothing but a small film camera. These places had been reserved for historians, scientists, geologists and anthropologists, there to record them into our cultural history. 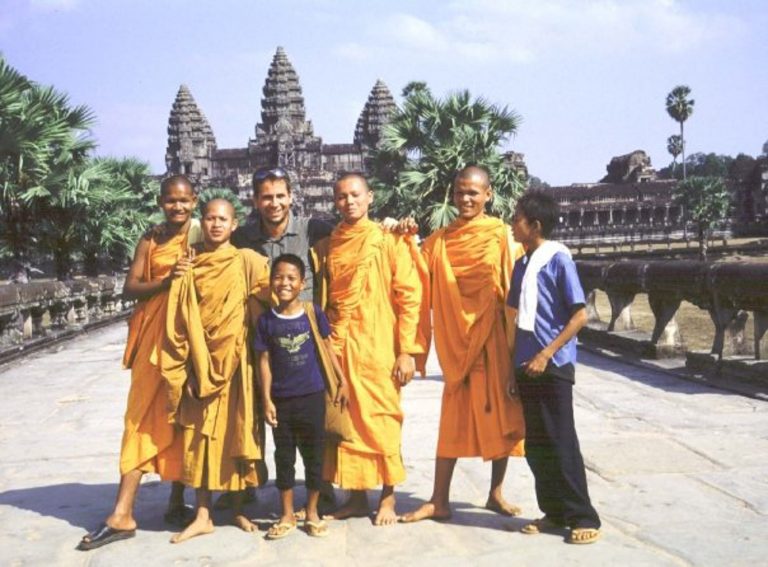 With a group of young monks in Cambodia in the 1990s. 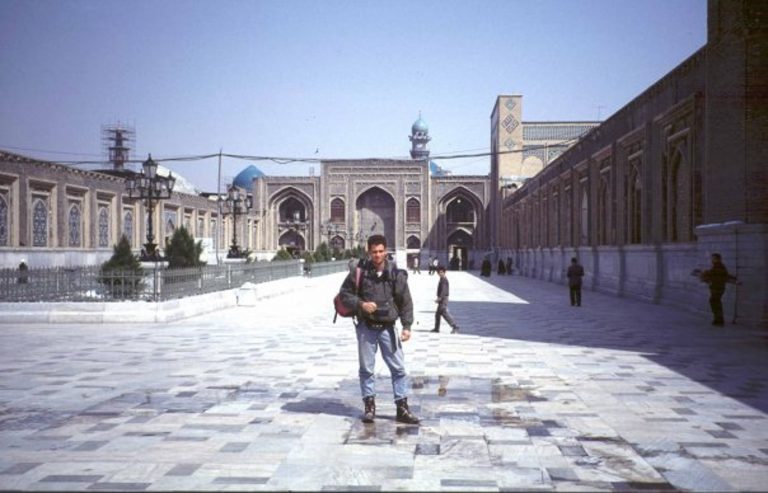 Traveling through Mashad, Iran in the early 1990s. 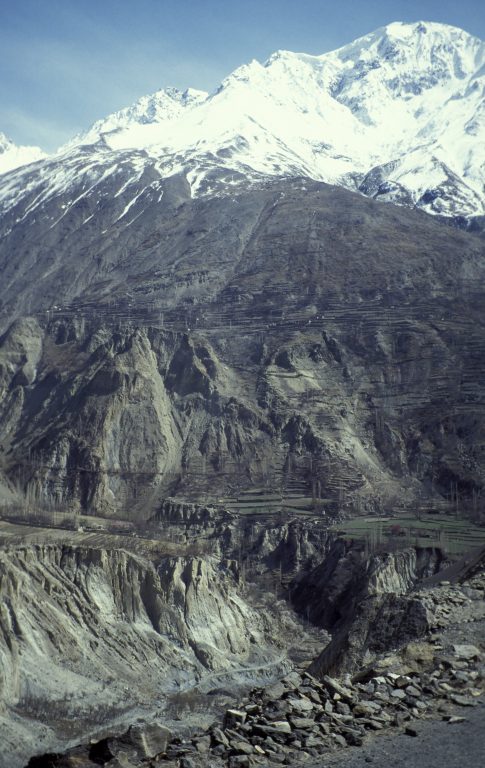 Mount Rakaposhi,7912 m,one of the highest moutains in Pakistan. 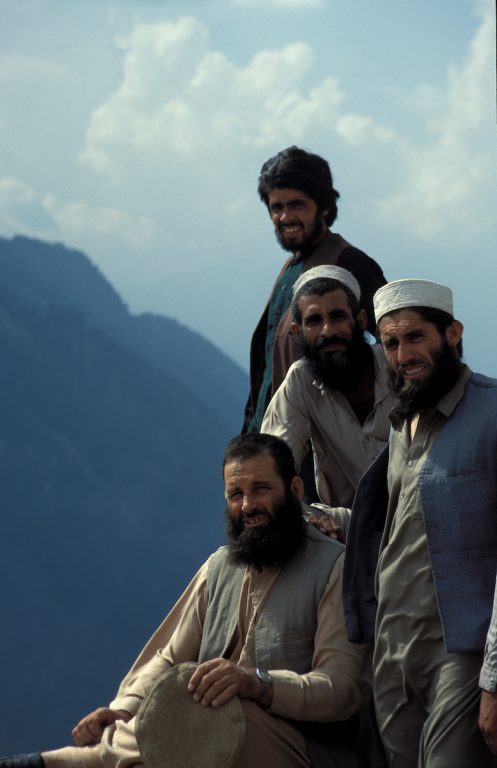 Afghan mudjahedeen from the Pashtun tribe on the road from Chitral to Peshawar, North Western Province, Pakistan, Asia.

This is what drew me into photography. I wanted to catalog the staggering accounts of human ingenuity, natural phenomena and precious ways of life around the world. I felt it became my responsibility to etch these moments into the story of our times, and to preserve these creations so future generations (and my own children) can look back on it. I feel it is my calling to create a fully-realized portrait of life on earth that celebrates the enduring beauty of our natural world.

Humans have created the most ingenious structures and spaces and traditions that have provided function, aesthetic, story and meaning for thousands of years. This is why I was inspired to start photographing as a travel photographer UNESCO World Heritage sites– these are pieces of our legacy as humans. Really looking at it, it is extraordinary- from the pyramids in Egypt, to all the achievements in Mesopotamian and Greek culture, to Romans, up to now, this is what we as human beings can truly be proud of. We created most of these structures with our own blood, sweat and tears. My new book about the South Pacific celebrates some of these structures, like Pohnpei’s Nan Madol. I find that now as I go to UNESCO sites, 95% of them are absolutely stunning and something as humans we can look very positively back on. 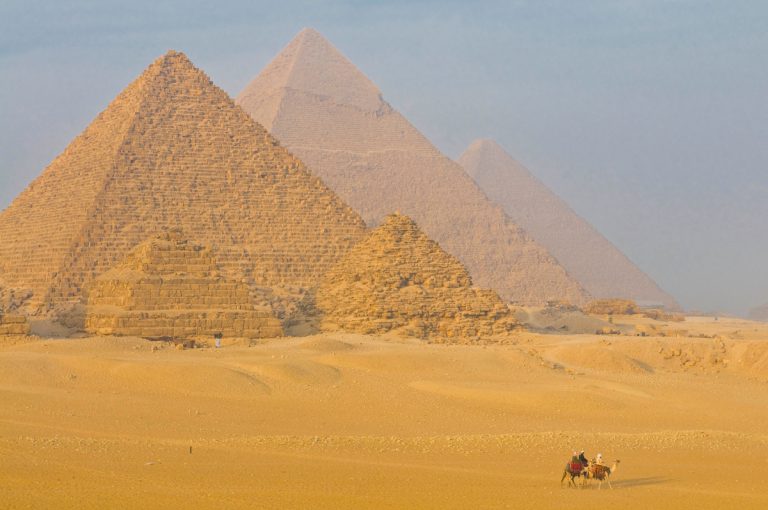 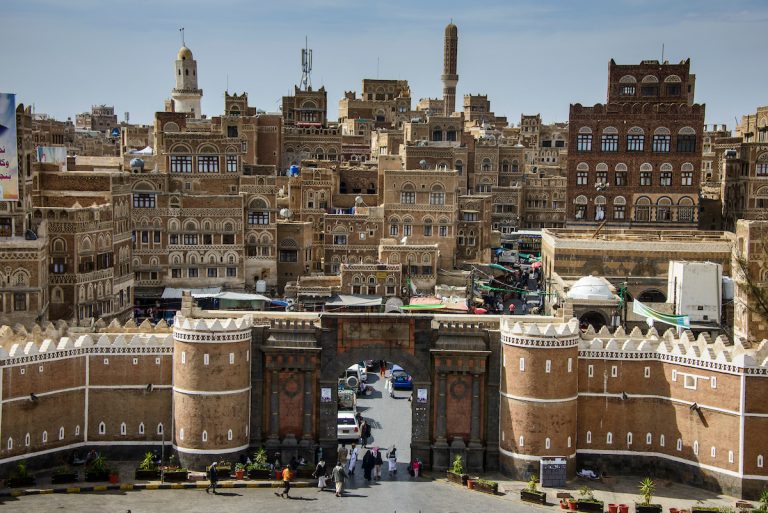 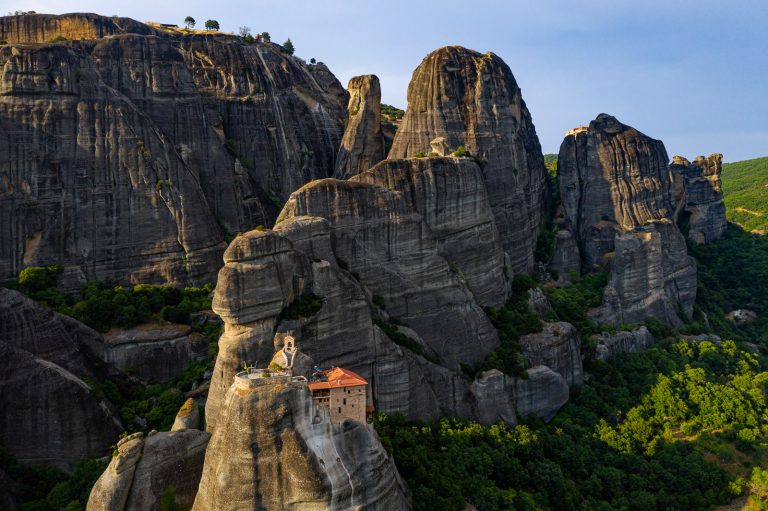 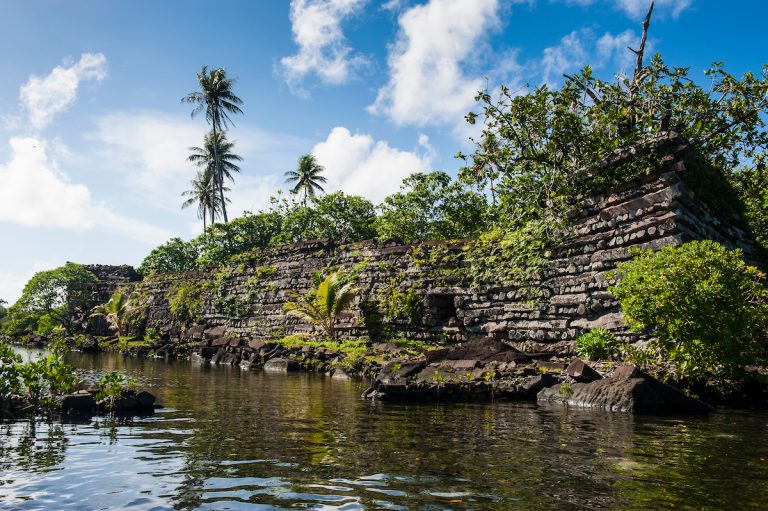 It’s worrying to imagine that many cultures and natural beauty are disappearing under the rapid growth and globalization of our planet, where the rituals and aesthetics of communities are falling to land grabs and overtourism, and will eventually vanish or become Westernized past the point of distinction. I’ve seen this steady and constant decline over my thirty years of remote travel, which is why since the early beginning I focused my photography on those places, peoples and animals that will likely disappear this century. I try and capture them in their purest, most natural state. 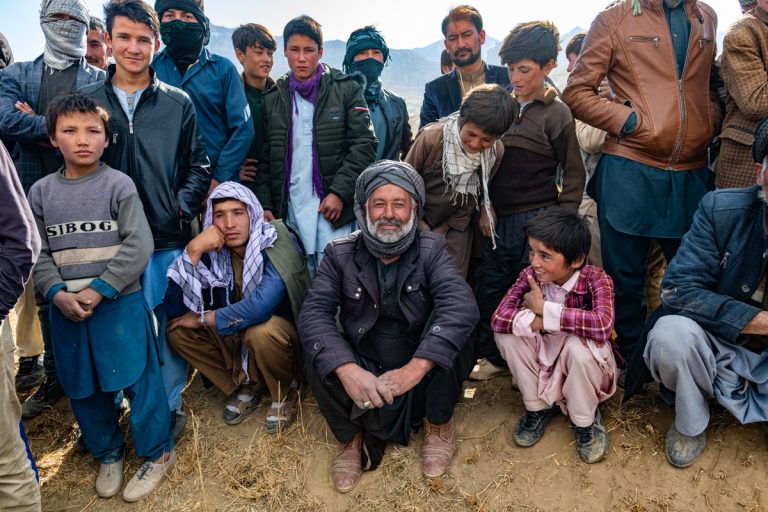 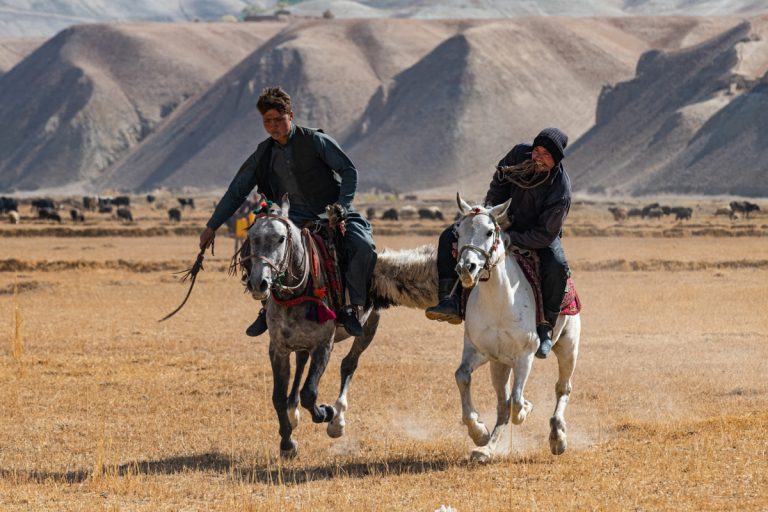 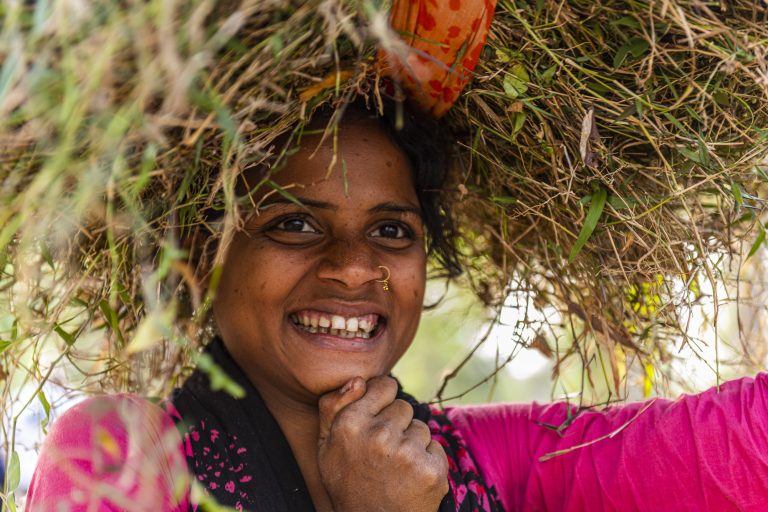 Woman walking home with a huge bag of grass on her head, Sreemagal, Bangladesh

Today, I have to go to the edges of the planet where some of these forms are still intact. But access is nearly impossible, and”extreme travel” is the only way to access some of these places. Ethiopia’s Danikil Depression, Afghanistan’s national sport Buzkashi and photographing majestic King Penguins on South Georgia are a few examples of what I’ve seen in the last few years as a travel photographer. 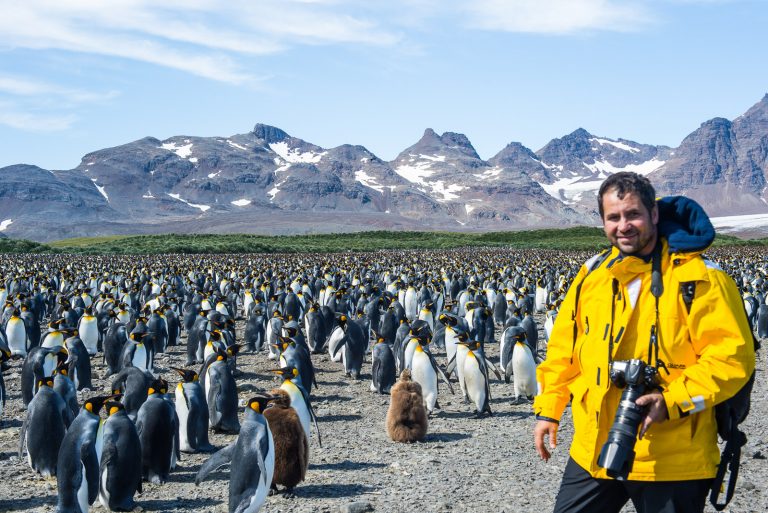 On the flip side, many mainstream places by today’s standards, Santorini, Barcelona, or Venice, for instance, are taking a much-needed break from the boundless cruise ships and foot traffic. Covid-19 has given pause to how travelers can reframe what “tourism” means in 2020, and that perhaps is not trampling on a pristine place because everyone else has the same Instagram photo.  The task is finding places that still have natural and cultural beauty, and offsetting these traditional tourist spots to give them a break. Encouraging travelers to explore outside the city lines of Amsterdam and Florence, for instance, offers a reprieve for these hubs- and local communities welcome the economical support. 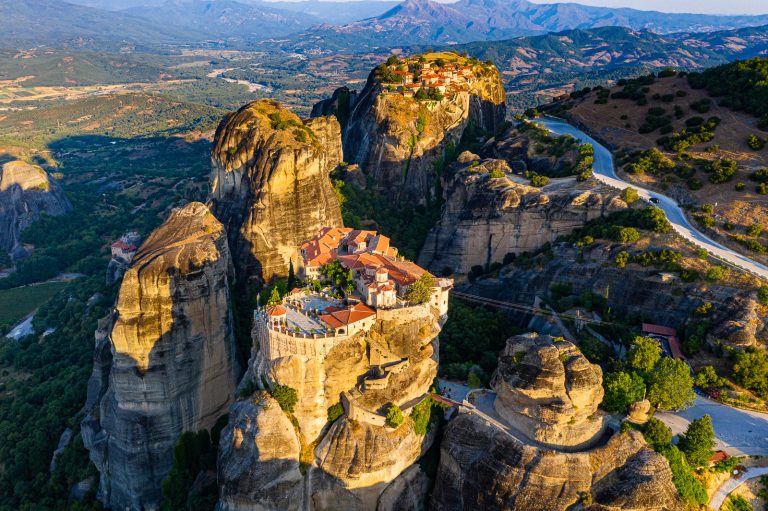 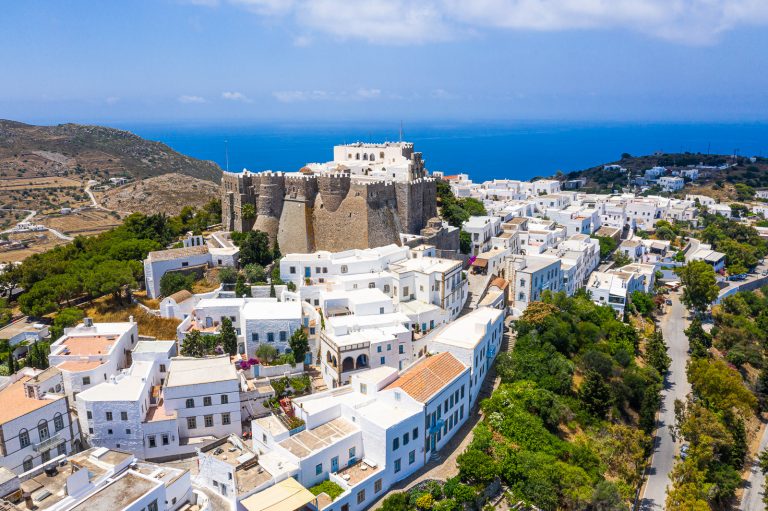 Considering what’s happening around the planet right now, I believe we are in a form of backlash where there will be a moratorium on commingling of cultures- this wave of authoritarian leaders is causing all of us to retract into our own communities, which has its good and bad. For all of the environmental positives, we are basically backstepping in globalization and creating global solutions. In addition, because of climate change it is not en vogue to fly, and that will have an impact on the way we are traveling, plus bankruptcies of airlines, tour operators and local economies that depend on tourist dollars. Since we are 8 billion people going on 10 billion people, there is no way to stop this entire movement unless there is a war or huge, swift ecological consequences. Therefore, it is even more important to preserve these photos for future generations because unfortunately, the more populated we become, the more wealthy we become, the more these fragile societies on the fringes will be affected.

Do I have an Environmental Responsibility?

I think yes and no. Of course, my carbon footprint by comparison is large, and air travel is a significant contributor to our CO2 emissions. On the other hand, it is my work and my intention to do it for a greater good, documenting and celebrating these at-risk cultures and traditions as they used to be. I strive to do it for a greater good when I publish books and articles as a travel photographer, people can understand better what is happening around the world. In southern Cameroon, where hardly any journalists or photographers go, the impact Chinese logging companies have on the jungle there is so great, but it is too difficult for most people to reach. My photo book “The South Pacific” highlights many unknown islands that are facing many ecological consequences. By making the intense journey to these places and photographing these underrepresented moments, I am passing on knowledge of the devastation of nature and to our planet. I feel that publishing these pictures around the world offsets, for lack of a better word, the environmental footprint it took to reach them. 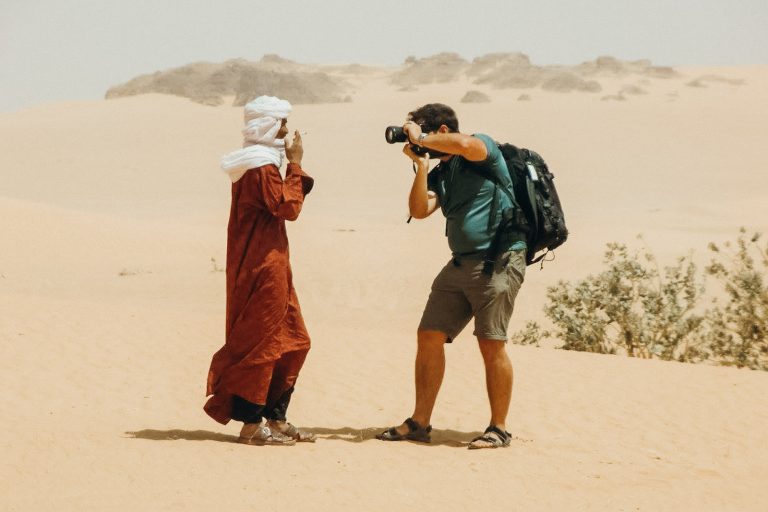