Libya in the Time of Ghaddafi 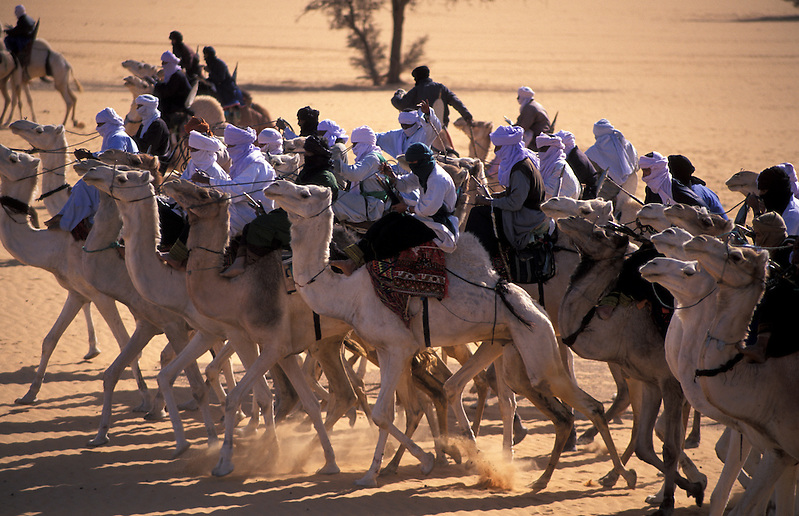 My visit to Libya happened during the time when Ghaddafi was still in power, most definitely a trip to remember. I flew to Djerba in Tunisia because the charter flight prices were much cheaper than the flights directly to Tripoli. Since you had to go all organized I contacted a travel agency in Ghat in the very south near the border of Niger.

A driver waited at the airport and cleared us at customs. Right across the border it looks not any different than any other North African country. Flat nondescript concrete  buildings and, unfortunately, as always plastic paper bags lining the streets. 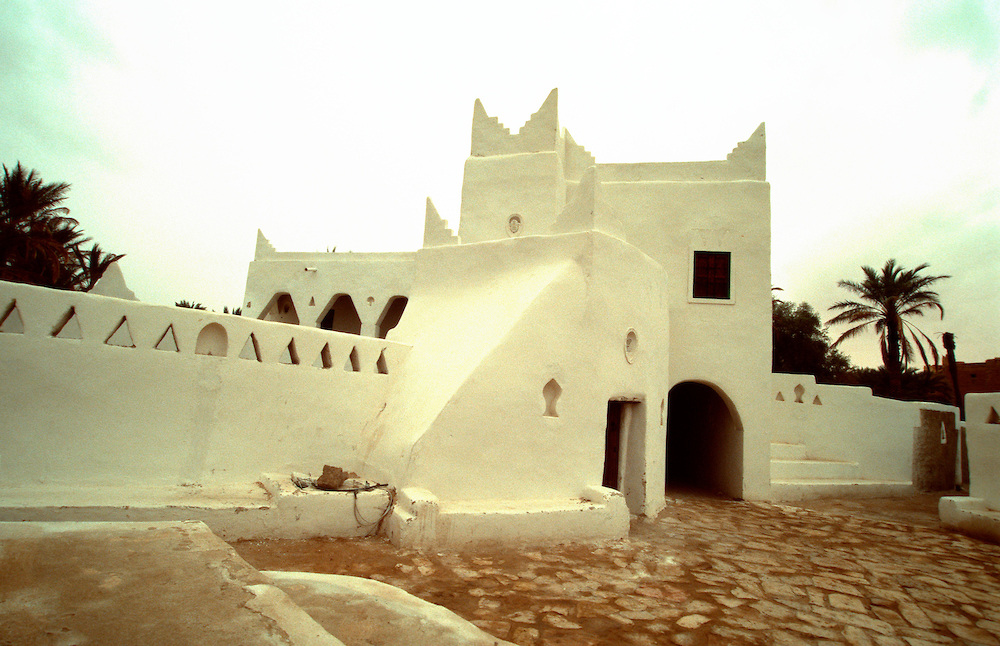 We went straight down to the town Ghaddames, a World Heritage Site with a wonderful old covered suq and unique architecture. This was one of the big trading posts  with traders bringing gold and other valued things through the Sahara. South from here the Sahara starts and for the next two days was nothing but sand, stones and rocks.

There is no road and no GPS will help you down there- you are lost without a Tuareg who knows virtually every stone and sand dune. These guys are really amazing when it comes to find your way in this inhospitable part of the world. Our driver Aslim was really worth the money. 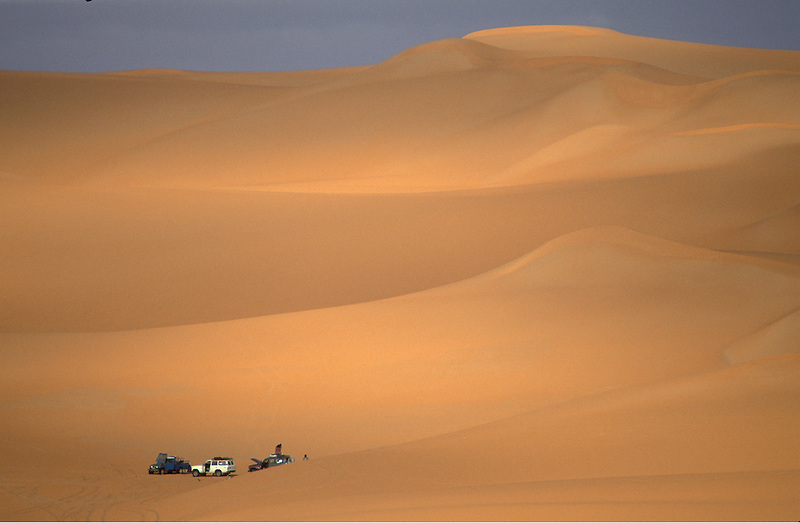 After two days we arrived in Ghat. This very old town feels like the last border post on earth. So dusty and windy with an old fort in the center it is the place to stock up supplies because there is nothing around in any direction. It is remarkable where people can live and under which conditions live is possible. By chance there happened to be the Ghat festival, a camel race bringing Tuaregs from all around the Sahara together. 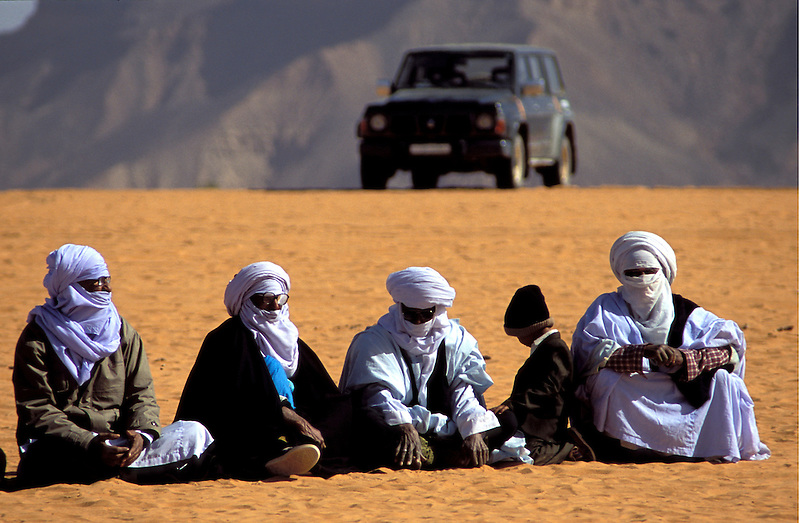 From Ghat the journey lead us into the Akacus mountains, stunningly beautiful desert scenery with lots of signs of life from earlier times. Wall paintings with rhinos, crocodiles, lions and more- animals that, today, are which are only able to survive in a different climate. From there we continued to Erg Murzuq, a sand dune area of the size of Switzerland. Tons of people die there every year trying to make their way through looking for a better life in Europe. People from the Sahel zone travel under unbearable conditions on top of overloaded trucks. Two days north there is a very unique natural site, the Ubari Lakes. Here the ground water is just under the surface and forms in the middle of the giant sand dunes 13 lakes. Even with sand constantly shifting into the water the lakes never run dry. 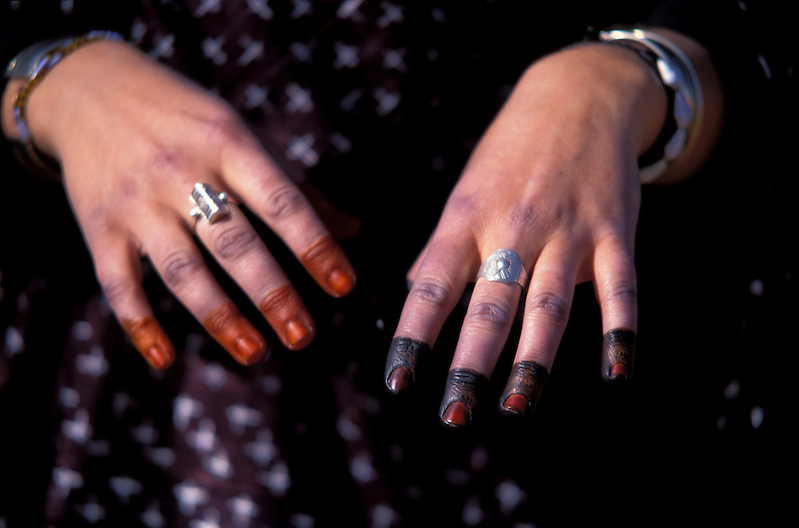 The same day a convoy of Jeeps arrived building a huge tent right next to were we stayed. The Tuaregs got very frightened since this was Hanibal, the son of Ghaddafi, known for his uncontrolled behavior. So we clearly stayed away from the tent. Everything was fine until around 10pm when suddenly machine gun fire started. The little dictator and his friends became bored and shot at the stars… Remember being a powerful man doesn´t automatically make you more clever! 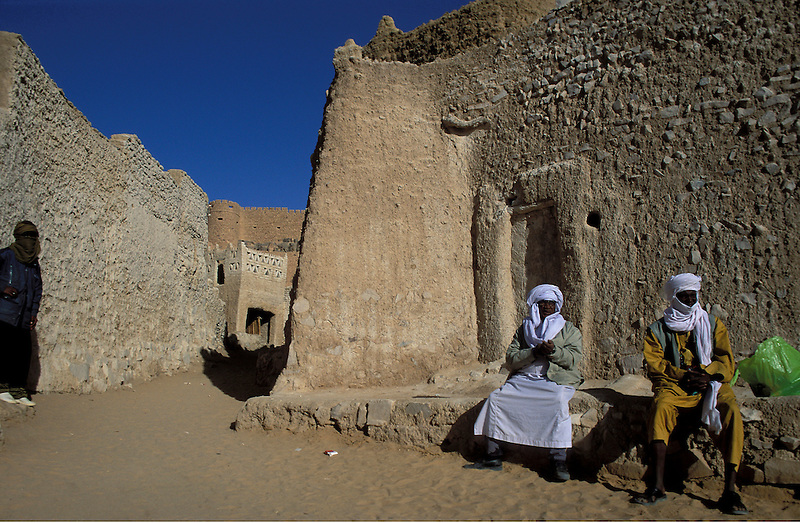 From Sebha we flew up north to Tripoli to visit the fantastic ruins of Leptis, Magna and Sabratha which are some of the best examples of Roman remains in the world. So huge and well-restored and yet no tourists at all. If they would be anywhere in Europe this would be a tourist magnet.

Overall it was a great trip and the Sahara down there was for me the most beautiful desert I have ever been.